Porsche AG, today the most profitable car company in the world, was in 1975 a small but headstrong German automaker on the verge of its most significant development. New national laws were changing the way manufacturers designed their products, but the auto consumer was also craving more exciting and innovative design. That innovation came in 1975 with the release of the revolutionary Porsche 924. This book begins its analysis with the creation of the Porsche 924 and the impact it made on the automotive world. During the 1980s, Porsche honed earlier 924 designs to create the 944 and its Turbo and convertible variants, and later the 968, completing a line that has produced some of the most respected sports cars of the modern era. The test also follows in detail the long production life and development of Porsche’s V-8 powered high performance grand tourer, the 928 – introduced in 1977, named the 1978 European Car of the Year and culminating in the 350 bhp 928 GTS of the 1990s. This history of the dynamic Porsche family gives a full account of each model and reveals the unique contributions each has made to a constantly evolving automotive world. 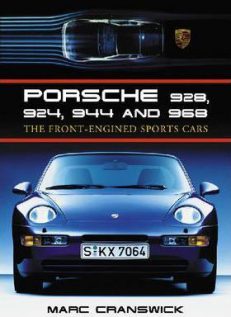