SO (Sonderausfuhrungen) and Special Body Variants for the VW Transporter 1950-2010.

Since its introduction in 1950 the Volkswagen Transporter has become legendary for its versality and adaptability to many commercial uses. Known originally as Sonderausfuhrungen, abbreviated to SO, these Special Models were usually converted by specialists, companies and coachbuilders approved by VW.

Using archive, promotional materials and period and contemporary photographs, this book traces the development and variety of these SO and other Special Body conversions from 1950 – 2010, across the five generations from T1 to T5. As well as all the officially SO-designated models, many rare and unusual conversions are profiled, some with full photo-features. 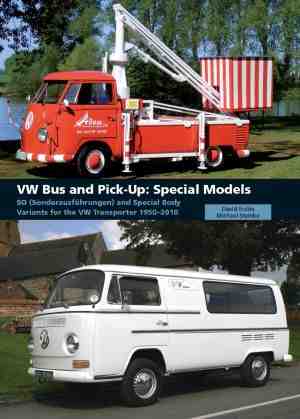