Tazio Nuvolari (1892-1953) is widely regarded as the greatest racing driver of all time. Through the 1930s and into the 1940s his reputation for skill and bravery eclipsed a whole generation of rivals. Even today his name alone evokes a classic era in the history of road and Grand Prix racing.
In this fascinating assessment of Nuvolari’s life, Christopher Hilton seeks to understand Nuvolari the man – and the Nuvolari legend as it unfolded. Using original documentary material, race reports of the time from several countries and the recollections of Nuvolari’s contemporaries, the author recreates the excitement generated by his driving and the impact it made on motorsport.

The author captures many aspects of Nuvolari’s strong personality, a personality which, in the days before intrusive journalism, was virtually unknown. The extraordinary performances that decorated Nuvolari’s long career form the backbone of the narrative – the 1930 Mille Miglia, the 1935 German GP, the 1938 British GP at Donington, the 1948 Mille Miglia. 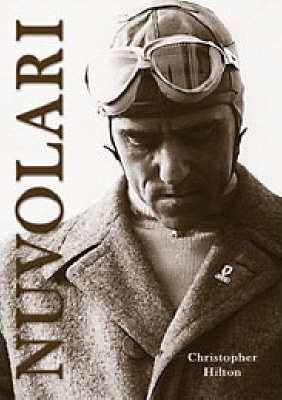