A true four-wheeled icon, launched in 1979 and designed by the supremely talented Giorgetto Giugiaro, the Lancia Delta was produced in a complex series of versions through to the early Nineties when the second series was introduced. The series “The Cars that Made History” could hardly not feature a title dedicated to this great Lancia classic, a remarkable car suitable for the family, work and recreation. It was also a car that over the years successfully transformed into an authentic star of the rallying world, ringing up victories and world championship titles. Model by model, version by version, the full history of the Delta, today a car sought after by collectors and nostalgic enthusiasts of the unforgettable 1980s. 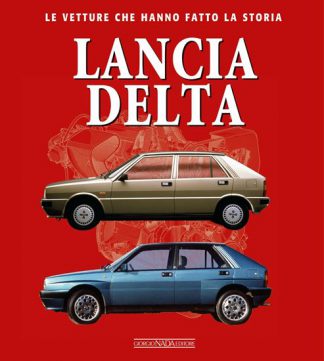