Having attained unwanted notoriety as a protagonist in one of the most dramatic episodes in Italian history – the kidnapping of Aldo Moro – the Fiat 130 was the last flagship model built by the Turin manufacturer and also the last Fiat with a six-cylinder engine. The model arrived on the market with great ambitions and excellent credentials but at the wrong moment, on the eve of the 1973 oil crisis. It was not only the salon of choice for the powers that be in the Italian Republic, but also one of the Pininfarina’s most beautiful coupé designs. It also provided the basis for a number of extraordinarily attractive one-offs. Photos, many of which previously unpublished, and detailed technical files accompany the story of the genesis and evolution of the model. There is also a section devoted to restoration for those interested in acquiring an example of what is a true collector’s model. 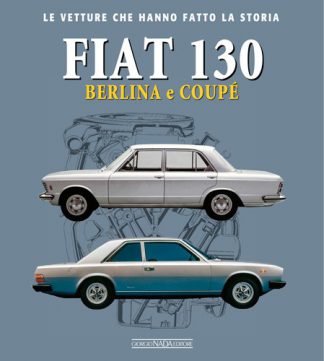