Today, perhaps, few automobile history lovers know what Cisitalia was. It was an almost ‘family-owned’ marque which, immediately after the Second World War, was able to produce masterpieces like the 202 coupé bodied by Pininfarina, as a result of the inspiration and courage of Piero Dusio, a wealthy Piedmont industrialist. And it is a car that has been on display at the Museum of Modern Art in New York in the past. That’s not all, because the small manufacturer also produced a series of racing single-seaters, the agile and fast D46, as they did the Grand Prix, designed by none other than Ferdinand Porsche. The book is written by Nino Balestra, who is also the author of other volumes on the history Cisitalia with the opportunity of covering the entire production of the marque, from 1946 to the mid-60s. Precious archive pictures -some unpublished – complete the work, which closes with the meticulous restoration of a 202 Cabriolet, which has been brought back to its original splendour. 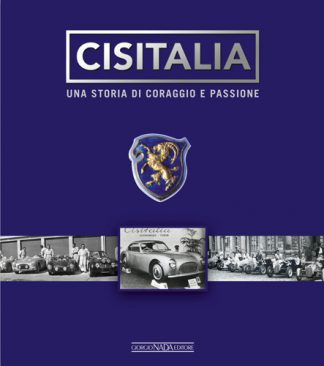