The story of three cars, the first AC Cobras created by the legendary Carroll Shelby in 1962, Exceptional Cars Series 4

The prototype CSX2000 has been described as ‘the most important modern American car’, although it was built on a British AC Ace chassis with an American Ford V8 engine. CSX2001 was the first production Cobra and CSX2002 the first to race, leading to a series of competition successes that made Shelby’s Cobras famous and a favourite of sports-car enthusiasts throughout the world. 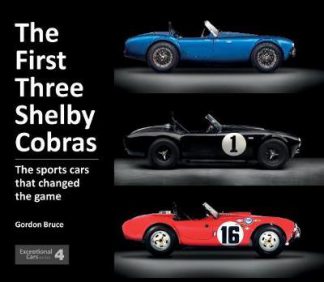