Porsche applied turbocharging to its racing cars in 1972 and, within a year, this technology had crossed over into its production cars: the first road-going 911 Turbo was unveiled at the Frankfurt Motor Show in 1973. Johnny Tipler tells the story of the air-cooled turbocharged 911s, starting with the 934 and 935 race cars that fostered the Type 930 in 1974. The 930 accounted for over 21,000 vehicle sales before being replaced by the 964 Turbo in 1990, followed by the 993 Turbo in 1995. With 300 colour photographs, many taken specially by renowned photographer Antony Fraser this book also presents exclusive interviews with Klaus Ludwig, Jochen Mass and Nick Heidfeld, as well as including full specification tables for each key model type. Foreword is by Alois Ruf. 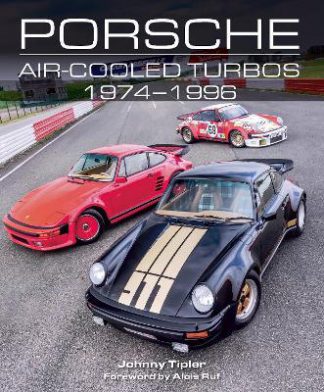