Porsche 928 Takes on the Competition.

When Porsche introduced the original 928 in 1977, the car immediately defined its market sector. It was an enormously impressive piece of machinery, with excellent build quality and supercar performance – yet it had a totally different character from the much-loved 911. Somehow, the 928 was urbane, sophisticated and efficient, while the 911 was altogether more raw. That was why the 928 never replaced the 911, as its makers had originally intended it should. Some of the cars with which the 928 was competing were already on sale, of course others would enter the fray later. The articles in this book show how the Porsche stacked up against its obvious rivals. Porsche developed the original 928 into the 928S, then the 928S2 and finally the 928S4. 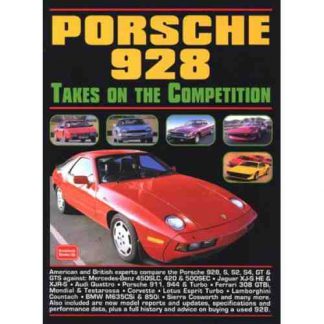