The 914 was born into consistently confusing and troubled times at Porsche and Volkswagen. The idea of a non-911 Porsche in the late 1960s horrified many. A Porsche with an engine that wasn’t in the back was simply unthinkable. Richard Gooding examines the story of a car of mixed parentage, which against the odds became a success in its relatively short, six-and-a half year lifespan. Around 119,000 cars were sold from 1969 to 1975, outselling contemporary rivals such as the Opel GT, and meaning it was the first mid-engined car to achieve six-digit sales.

As a present-day classic, although challenging to some, low-slung looks and bright colours make the 1970s 914 period-perfect. Combined with near-ideal weight distribution and a low centre of gravity, its mid-engine layout means the 914 can achieve cornering G-forces comparable to the contemporary 911. The 914 was seen as a car that could inject a shot of glamour into VW’s slightly worthy and dependable range of air-cooled cars. 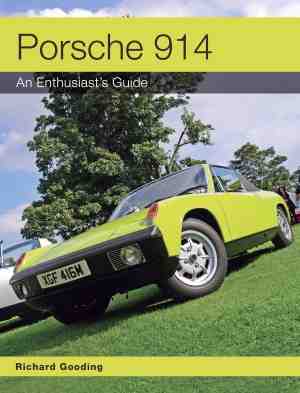