In 1909 HFS Morgan decided to design and build a single seater three-wheeler just for his own interest and in 1912 the Morgan Motor Company was founded The Company has always been associated with Motor Sport and after WWI demand for Morgans was high. With the arrival of the Austin Seven, sales began to decline and the last Morgan three-wheelers were made just after the second world war.

All variations are reported on including the Grand Prix, Racers, Aero and Family 4’s plus the Super Sports and F-models. 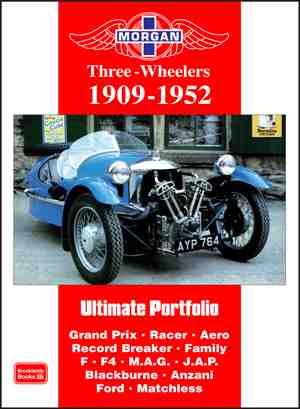