This book is about the revival of one of the world’s most influential cars ever made by a German manufacturer, BMW, who bought it as part of a package from Rover Group: The Mini. The first brand new model in 40 years to carry the name, the new Mini held true in almost every way to the philosophy and character of the Isigonis original. It was brick-shaped although this had been honed by many hours in the wind tunnel, and had its Chrysler-sourced power pack positioned transversely at the front. The gear-box in the sump, however, had been consigned to history, the new Mini having the now conventional end-on gearbox. At the release in 2001 BMW announced three versions: Mini One, Mini Cooper and Mini Cooper S. The last one was supercharged and was a very quick machine and the range soon expanded to include Works versions of the Coopers. 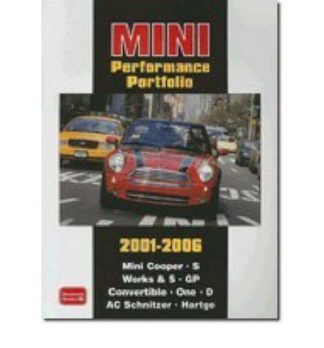