Beginning with a look at the SL model’s heritage, this book describes the full development and production history of a modern classic. Covering available models in all the major markets, year-by-year, and including limited editions, the data is supported by contemporary illustrations, sourced from the factory, plus in-depth appendices.

â€¢ Covers export markets, including the US, UK and JapanÂ

â€¢ Written by a recognised motoring author and historianÂ

â€¢ Produced with the full co-operation of the factoryÂ

â€¢ Fourth in an established series of SL books by Veloce Publishing. 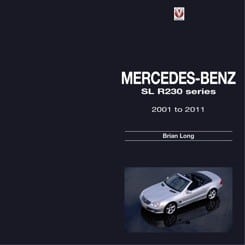