Two key players in the history of motor sport first came together in the early Thirties and continued their racing association until 1957. The cars from Stuttgart competed in the Brescian classic from 1930 to 1957 and won the race twice. The first time was in 1931, when Rudolf Caracciola drove the huge SSK to victory: the second was in 1955 with the 300 SLR, one of the famous Silver Arrows, crewed by Stirling Moss and Denis Jenkinson, This fascinating story, which not only deals with the sport itself but also the difficult relationship that existed between Italy and Germany throughout the Second World War, is illustrated with exceptional photographs and other material, most of it provided by Mercedes-Benz itself and never previously seen. 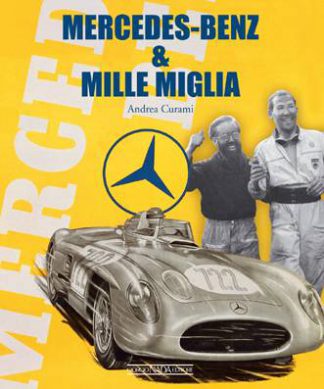