The Series III Land Rovers enjoyed a long production run of nearly fifteen years, taking over from the Series IIA types in 1971. The book follows its predecessor, Land Rover Series II and IIA Specification Guide, in trying to establish how its subject vehicles would have been when they were new. Compiled over a period of more than thirty years, the book draws on extensive reference material from Land Rover itself, and on the observations and knowledge of an army of enthusiasts.

The complete specification guide to Series III Land Rovers, produced from 1971 to 1985 covers:Â 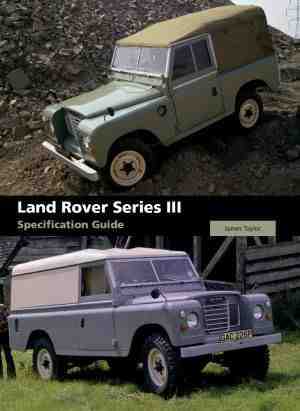