This volume illustrates the genesis and development of the winning car of the 1983 World Rally Championship: the last two driving wheels in history to win the World Championship title.
Initially identified with the Abarth “SE037” design code, the Lancia Rally (this is its official name) obtained the group B approval on April 1, 1982, just two years after the first lines drawn on a white sheet and after intense testing activity.
The technical description of the engineer Sergio Limone and the unpublished photographs of the time reveal a fundamental chapter of motorsport and a decade of great revolution.

The engineer and designer Sergio Limone and the journalist Luca Gastaldi presents this book, written together with the twice World Rally Champion Miki Biasion: from the project in detail, the technical part, the development of the car, the road Lancia Rally, the technical sheet, the homologation form. All this is fully illustrated and described. 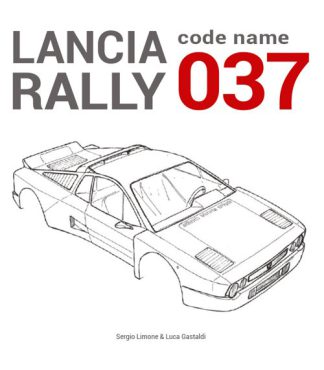