One of the cars that accompanied the changing Italy of the 1960s and through into the 1970s. From the saloon of 1963 to the coupé, which two years later was the first sports car designed for mass production and families. It also marked Lancia’s return to rallying as a works team, enjoying great success for almost a decade. The model even became an icon of high style with the introduction of a sleek lightweight body designed by Zagato in 1965.
Thanks to a painstaking reconstruction of the historical events, precious photographs, many of which previously unpublished, an extensive photographic guide to restoration and highly detailed technical files, this book traces the story of the various versions of the Fulvia, a story that could hardly not feature in this series. 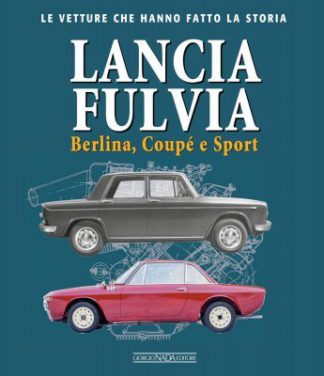