In the early Nineties, the Italian automotive scene was a Fiat monopoly following its acquisition in 1986 of Alfa Romeo, with the marque exhausted after a decade in which it survived in part thanks to state support. These were years of profound change, with the management of the Styling Centre at Arese entrusted to Walter de Silva who, due to the lack of resources to invest, had to exploit and adapt the group synergies by utilising the Tipo II platform to design a new range of models. The “Duetto”, now reaching the end of a career that had lasted for more than a quarter of a century, had to be replaced, while also being flanked by a coupé, absent from the model range since the retirement of the Alfetta GT. The GTV and Spider models were therefore created in synergy with Pininfarina, two cars equipped with a range of four- and six-cylinder turbo and naturally aspirated engines. Tipo 916 GTV e Spider.
Over the course of a decade, the two were subjected to updates and spawned various limited editions, along with interesting competition versions. Their success is reflected in the interest they now hold for collectors in Italy and elsewhere. 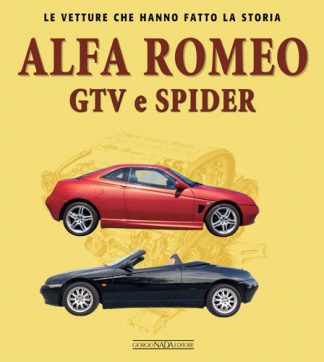