The Escort RS Cosworth, which started rallying in 1993, was one of the most ingenious designs of all time. What started as a shortened Sierra Cosworth 4X4 platform, topped off by a modified Escort cabin and outer skins, was soon developed into a versatile and sophisticated rally car, and eventually became Ford’s most successful since the legendary Escorts of the 1970s. Because it was smaller, lighter, and more nimble than any of the Sierras, the combination of Cosworth power, four-wheel-drive transmission, and an effective aerodynamic package made it a Rally Giant in all conditions. With five World victories in its first season, and success all round the world in later years, it was seen in every continent, in all conditions. Drivers like Carlos Sainz, Tommi Makinen and Francois Delecour added their own stardust to a glittering reputation. To meet a change in regulations, the Escort World Rally Car took over in 1997, and also enjoyed years of success. Until the all-new Focus WRC was launched in 1999, this generation of Escorts was the most effective rally car that Ford had ever produced. 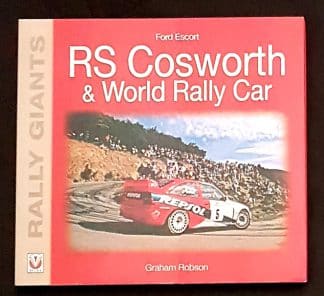