Launched in 1965, the Rolls-Royce Silver Shadow and Bentley T marked a revolutionary step forward for their manufacturer, Rolls-Royce. The new cars were the first from Rolls-Royce to feature monocoque (chassisless) construction, independent suspension and four wheel disc brakes. Both cars shared the same general specification and design, and both would remain in production until 1980. Today, the surviving cars are acknowledged as classics which can be bought for the same price as a modest new family car. This text is the full story of the Rolls-Royce Silver Shadow and Bentley T, associated models the Silver Wraith II Corniche and Camargue and related coachbuilt cars. 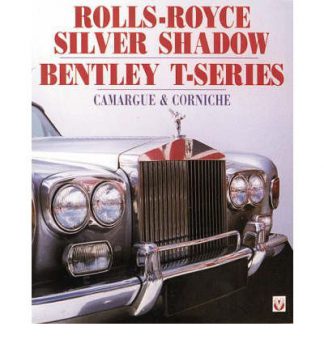