Porsche 911 3.2 Carrera the last of the evolution.

The first definitive book covering the 911 3.2 Carrera. Written and compiled by Tony Corlett, this book covers one of the greatest Porsches ever made. From 1984 to 1989, this 911 represented the peak of 911 evolution and stands today as a great blend between the classic and modern 911.

The book covers the model from its resurrection in 1984 to final production in 1989 and goes behind the scenes at Porsche’s Zuffenhausen factory in Stuttgart, looking at design, production and quality control.; Overview; Evolution; History; Technical; Exterior; Interior; At the Controls; Colour Charts; Factory Development; On the Road; Driving Impressions; On the Track; Porsche v. Ferrari; Bosch Motronic; Carrera was one of the greatest Porsches ever made and a future classic. Foreword by former Porsche AG Chairman Peter W. Schutz, who was in charge of the company during the development and production of the Carrera. Technical specifications for each model:; Coupe; Cabriolet; Targa; Supersport SEE; Club Sport; Speedster; Anniversary Model; Features a 911 Carrera v. 328 GTS analysis – a head to head based on official factory information. 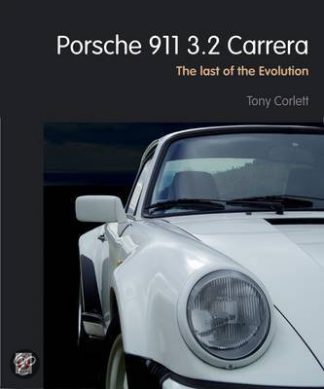