Original Citroën DS (reissue), The Restorer’s Guide to all DS and ID models 1955-75.

First published in 1996, out of print for many years, and now re-issued in its original form, this book remains unrivalled in the breadth and depth of its analysis of the Citroën DS and ID range as produced from 1955 to 1975, encompassing saloons, estates and convertibles. The evolution of the models, the production changes, and the correct original specifications, equipment and finishes are all painstakingly described, with no less than 35 examples of the cars photographed specially for the book and featured in the 270 colour photographs.

An attractive and detailed guide to one of the great 20th-century design icons, Original Citroen DS, the 19th title in an acclaimed series, is indispensable for all owners, restorers, buyers and enthusiasts. Accompanying the text are over 270 photographs showing all the significant model variations and the main changes in DS specification.

The Citroen DS is one of the all-time great cars. Daringly styled and technically sophisticated, it was launched in 1955 as a startling glimpse into the future and instantly rendered all other cars out of date. It remained ahead of its time when production ended 20 years later, and much of its engineering legacy – notably the brilliant hydro-pneumatic suspension – can still be seen on modern Citroens.

This book aims to reveal, in words and colour pictures, how these Citroens altered in detail over the years. Specification descriptions, engine and trim permutations, production changes, identification number sequences, body colours, production figures, market variations – the minutiae are covered for all DS and ID models. 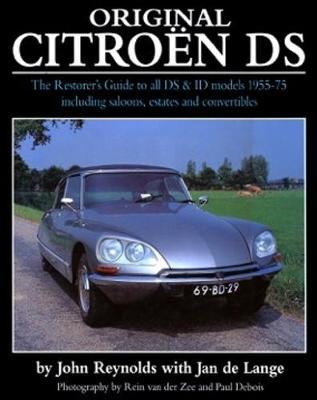