NSU [Neckarsulmer Stricken Union] was not only one of the real pioneers of the German car, motorcycle and bicycle industries, but also enjoyed over a century of production, beginning in 1873 with knitting machines and ending in 1977 when the final NSU car rolled off the Neckarsulm production line.

For most of the twentieth century NSU was at the forefront of technical innovation in motoring, and products such as the Quickly moped and Ro 80 car were highly acclaimed. The company also had a distinguished record in two-and four-wheeled motorsport.

In this meticulously researched and highly illustrated book, Mick Walker tells the complete story of the Neckarsulm factory and its products. 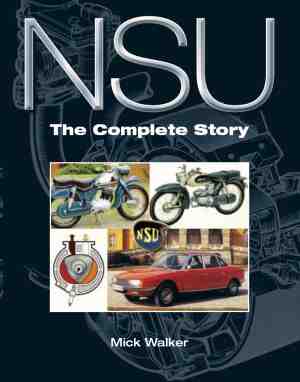