This latest title in the highly successful ‘my cool’ vehicle series covers the world of open top motoring. Cruising in a convertible car with the top down started out as an American summer tradition and for many drivers around the world there is nothing better than driving down a country lane with the roof down, the wind sweeping your hair and the sun beating on your neck.

The book includes a broad mix of ‘cool’ convertibles, and their owners, from vintage to classic and modern, with eye-catching photography and locations, captured by specialist car photographer Lyndon McNeil. Convertible cars come in all shapes and sizes from compact city cabriolets such as the Talbot Samba to roadsters such as the Lotus Elan Sprint and grand tourers such as the Aston Martin DB6. Every one of them enjoys a sense of open-air freedom and greater involvement in the driving experience. Think sun, wind and speed. In many ways, the convertible car is the ultimate expression of automotive indulgence. A car with a roof is sensible but a car without a roof is sexy, scintillating and, given the chance, most of us would pay through the nose to own one.

From the timeless designs of early models (Lagonda, Rolls Royce Phantom II Continental, Frazer Nash BMW and the MG) to the mid century cars (Nash Metropolitan, Land Rover, Bristol and Renault Caravelle) and the retro/modern (Saab 900, Honda S800, Peugeot 304, VW Golf, Mercedes 380SL and Porsche 914), convertibles are among the most popular and desirable of cars. The convertible has gone through extreme highs and lows during more than a century of automotive history, from near ubiquity at the dawn of the car industry to nearly disappearing in the 1970s; and now once again being a highly popular type of car. The cars featured illustrate the highs and the lows of convertible design and show how convertible technology advanced from simple cloth tops (the 1931 Rolls Royce Phantom II Continental is an early example) to the advanced self-folding roofs of today and many other design features. Some of the most stylish marques are included: the most expensive in the book is the Frazer Nash BMW and the rarest the Fiat 1100 Barchetta. 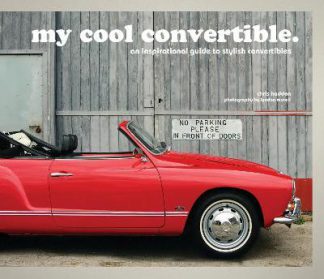