The Morgan 3 Wheeler back to the future.

Revealing why Morgan returned to its original 3 Wheeler concept after a century. How the new 3 Wheeler was created, became a best-seller, and was made, this book shows what itâ€™s like to drive, strengths, weaknesses, and factory improvements made since the 2011 launch â€“ from modifications, possible developments, and even why it is â€“ or isn’t â€“ your kind of vehicle.

â€¢ How the modern 3 Wheeler came about

â€¢ How it was designed and engineered, and how itâ€™s built

â€¢ How the Morgan might be developed in the future 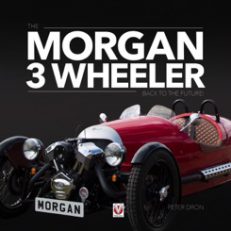