After the more competitive version with the lightweight Zagato body, wealthy customers could choose between four design versions: the bulky design by Pininfarina, the muscular one from Allemano, the glamorous Coupès and Spyder versions by Frua and the eccentric Coupé by Vignale.

All vehicles were slightly different and were among the rarest and most expensive cars of their time. The A6G 2000 was a landmark in Maserati history.

This book describes for the first time the technical development of this type as well as the individual history of all cars in these four versions, chassis by chassis. 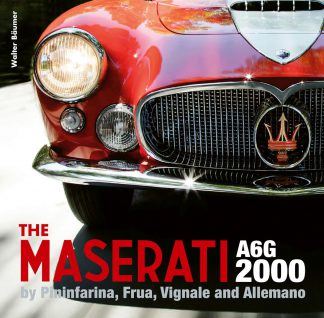