The Series II [1958-61] and Series IIA [1961-71] Land Rovers defined the iconic shape of the vehicle which is still instantly recognizable in today’s utility models from Land Rover. Compiled over nearly thirty years, with the aid of reference material produced by Land Rover and many dedicated enthusiasts, this comprehensive guide to the specifications of the Series II and IIA vehicles looks not only at Land Rovers as they were when they left the assembly lines but also at dozens of options and ‘approved’ special conversions – and some which did not receive factory approval, too.

As one of the most wide-ranging books ever written on the classic Land Rovers, it is certain to become the standard reference guide to authenticity on the Series II and IIA models. 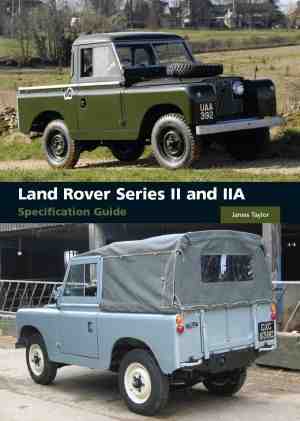