Lancia from Alpha to Zeta and Beyond

Lancia from Alpha to Zeta and Beyond.

This illustrated history of Lancia tells the story of the long line of distinctive cars produced by this famous Italian company from its foundation in 1906 to the beginning of the 21st century. The evolution of Lancia’s cars and other vehicles forms the core of the narrative, but the author also offers an insight into the dominating personalities who shaped Lancia’s history. He describes, too, the company’s successes and the set-backs it has suffered while playing a key role in the European car industry since 1906. The author brings his detailed account up to date by looking at Lancia’s latest models and at the position of this notable marque in the huge Fiat empire. 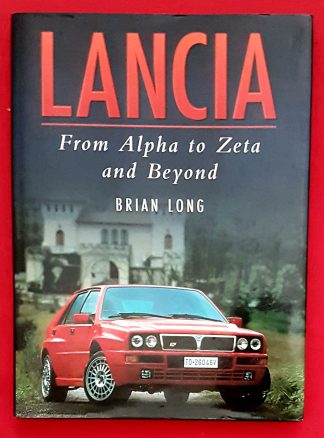 Je bekijkt nu: Lancia from Alpha to Zeta and Beyond €39,95
Toevoegen aan winkelwagen