The first and only monograph entirely devoted to the Lambretta LUI scooter, produced by Innocenti in their tens of thousands, designed by that master of body styling, Nuccio Bertone, creator of outstanding cars like the Alfa Romeo Giulietta Sprint and the Lamborghini Miura. The Lambretta LUI was innovative – perhaps too much so – and that was possibly the reason it was not understood, and it was unable to cut for itself as big a slice of the youth market as it should have done. Innocenti believed in the LUI with all its conviction, having invested considerably in advertising it in all available media: television, cinema, newspapers and magazines. A mighty effort that did not bring in the hoped-for resultsBut today, the LUI has been recognised, quite rightly, as one of the shining examples of Italian design as applied to a scooter. Published as the first in a series of books spotlighting the most important and significant Lambrettas, this treatise unveils all the technical and stylistic secrets of the LUI model by model, illustrated by invaluable archive material never before published, and is written by Vittorio Tessera, a major world historian on the popular two-wheeler in all its variations.This first monograph in the series will be followed by others on the Lambretta world, including the LiTV 1, LiTV 2, LiTV 3, S/SX, DL and Junior series. 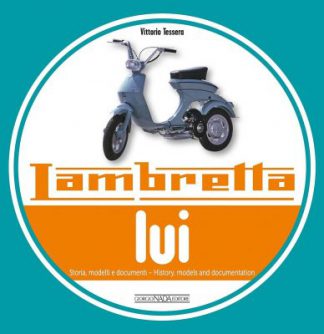