The British firm of Lagonda became famous in the 1920s and 1930s for its range of exceptionally handsome and effective sporting cars. They were beautifully made and, though a little heavy, offered spirited performance combined with stamina at high speed. Today, they are highly prized for these qualities and for the elegance of their bodies. This is the first ever book devoted exclusively to these early models. The history of the cars in competition, at Brooklands, Le Mans and elsewhere, is studied, as well as the ups and downs of the company’s fortunes during the period. With its in-depth examination of these splendid Lagondas, this book offers an unrivalled store of knowledge for the many owners and enthusiasts who care passionately about them, and a tribute to the men who made them. 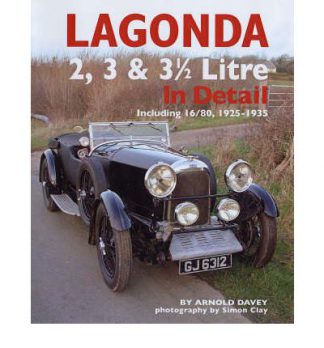