The golden age of Italian sports car racing championships was one of the most exciting in the entire history of the sport. Thirty years – split by the Second World War period that slowed the evolutionary process – during which motoring technology, braking systems and many other mechanical components, achieved extremely high levels of performance. Competing in the same races as the great drivers that polarised the interests and stimulation of millions of sports fans was a hoard of lesser people as unknown as they were audacious. People who chanced their arm in the construction of sports racing cars, creating chassis they conceived themselves, using mechanical groups of the most disparate origin. They often drove their own creations, proud of being able to take to the starting grid and participate in the fascinating adventures that those races bestowed each competitor. Just crossing the finish line was no mean feat for some of them. ‘Sport and its Artisans’ is a realistic and analytic portrait of this little mechanical world, one of inventors and sometimes of artists of rare talent, who were the very fabric of a phenomenon, which was unique and more or less exclusively Italian in the panorama of the sport. 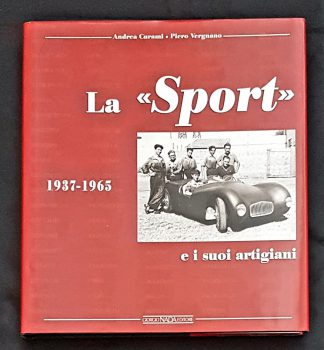