Italian motorcycle production in this 20 year period saw the passage from the motorised bicycle typical of the 1910s to the true motorcycle of the following decade, with considerable progress in terms of performance. Naturally, along with the engines, the frames and suspension saw rapid evolution and a maturity that brought great satisfaction to the enthusiasts who were eagerly racing the new machines. The period saw the birth of great names such as Benelli (1911) and Moto Guzzi (1921), while others continued to go from strength to strength, including Bianchi (1885), Frera (1905) and Gilera (1909). All the motorcycles of the period were of the “underslung” type with the fuel tank suspended from the frame’s top tube. This book places the bikes in their historical and social context, offering an overview of all the various models. There are also features on technology, advertising, production data and military motorcycles. 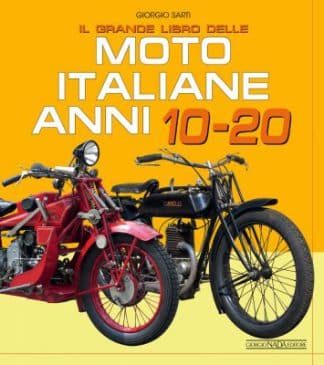