Grand Turismo races have played a key role in the history of the Monza Autodrome. In the 1970s, the Coppa Intereuropa was one of the most popular events at the circuit. Interest in GT racing then waned over the years and it was only in 1992 that an Italian GT Championship was created, marking the rebirth of the category. From that moment growth has been exponential, with a series of international championships being introduced, featuring cars and drivers of the highest order.
This book traces, year by year, the complex story of these championships from 1970 through to the present day, explaining the evolution of the regulations and the cars, but also recording the results of the most important races. Space is also devoted to the single-marque series – Porsche, Ferrari, Lamborghini – with the story being told through a vast array of photographs, in the main previously unpublished, and painstakingly researched historical texts. 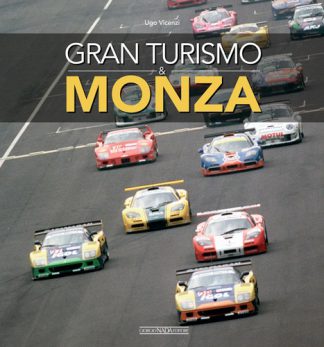