Ferrari 308, 328 and 348 traces the complete story of the four models of Ferrari’s V8-powered sports cars between 1973 and 1995 – the cars that broke Ferrari out of the V6 and V12 moulds, with the V8 becoming Ferrari’s most popular engine choice in the final decade of the twentieth century. The book also considers the cars’ current position in the classic car market and offers insight into the rewarding ownership experience each of the models now represents.

– History and development of Ferrari’s new V8 engine, and the 308’s daunting role as successor to the popular Dino

– Design processes and styling by Bertone and Pininfarina

– The cars in competition

– Owning and running the cars today

– Specification tables and production figures for each model 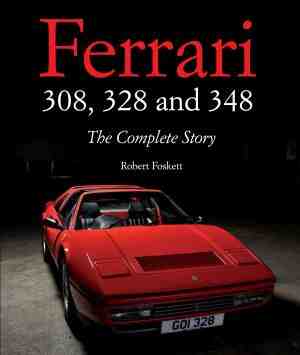