The Alfa Romeo T33/TT/3 was produced by Alfa’s Autodelta racing department to compete in the 1972 World Championship for Makes. The Alfas struggled to take the fight to Ferrari, though scored regular podium positions. The highlight was a second place in the epic Targa Florio Sicilian road race, where Helmut Marko put in a stirring drive to come within seconds of victory. Marko was driving chassis 115.72.002, the most successful of the T33/TT/3 chassis, which would later have a second career on the race circuits and hillclimbs of Greece, prior to an eventual return to Europe, where it is still a frequent competitor in historic events. 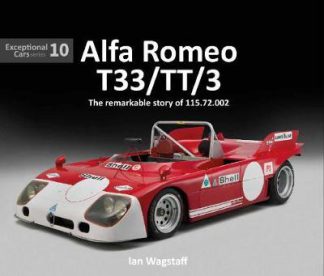