The Fiat Abarth 850 TC played a major role in the evolution of Italian motoring following the Second World War. In a historical period in which passion for cars and speed knew no social boundaries in Italy, the Abarth 850 Turismo Competizione models represented the most eye-catching and widespread aspect of a sporting phenomenon that caught up an entire generation of young people, making a decisive contribution to the diffusion of motorsport across a broad social spectrum. The era of the unforgettable 850 TC and 1000 models capable of remarkable performance for cars derived from mass production utility cars, is described in this book, along with a complete record of 850 TC and 1000 Abarth’s competition success throughout the world in the Turismo, Turismo Speciale and Preparato categories and their effect on the automotive market of the time. A fascinating story that has lost none of its appeal today and one highly evocative of times in which we all might have thought about driving to a track on a Sunday to race in person. 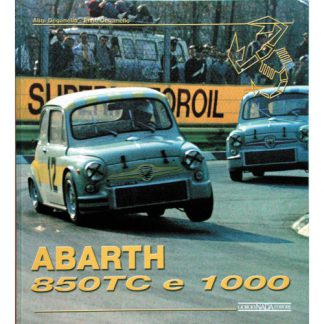